Initially I developed an interest in photography when I was a teenager. Then I had a long break in which I reverted back to holiday and family snaps until 2003. Personal challenges inspired me to once again take the camera to hand and capture the beauty that surrounded me. At the time I was living in Ballina (Northern NSW) which is enwrapped in the most amazing land and seascapes. I produced a series of postcards displaying images of Ballina and the nearby town of Lennox Head which were purchased by local post offices and stationery stores providing them with supplies for tourists.
Shortly thereafter, I moved from film to digital and started selling enlargements through word of mouth. In 2006 I moved to Melbourne which enabled me to increase my portfolio with the splendour of the Victorian landscape. 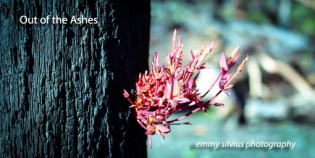 From February through to April 2016 many of my prints were on display at Watton Café, 169 Watton Street, Werribee (Vic).

From 10 December 2014 to 8 March 2015 I was the sole exhibitor in the Point Cook Community Centre where 20 of my images are on display.

In December 2014 a few of my images were displayed on the big screen outside the Werribee Cultural Centre as part of the Red Project organised by Wyndham Council. 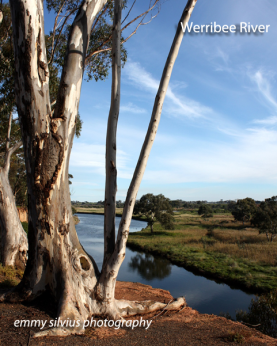 In 2012 one of my photographs was used for the Art in Public Places organised by the Hobson Bay City Council.

In 2005 an exhibition of my work was held in a restaurant in Ballina.

Beyond Black Saturday 2009-2012: A Report by the Catholic Archdiocese of Melbourne. This 48 page report featured 6 of my images with one of these being used for the front cover and as a main theme on top of each page and another filled the back cover. This was also published on their website.

A Personal Journal – published in 2013 by The Grail in Australia (Sydney). Six of my images were used for this publication.

My work has also been used for various brochures in relation to Black Saturday Recovery.

Calendars: These have been produced from 2014 onwards with my images only.

Commissions: Private commission work for a home in 2012.

Products: A variety of products such as various forms of enlargements, greeting cards, mugs and coasters are available.

Acknowledgements: From time to time a particular photograph has been chosen to feature in one of the groups on the Redbubble website.

Emmy Silvius is enthusiastic about the landscape and nature that inhibits our amazing country. She aims to translate this inspiration into tangible images so that others can feel the sense of amazement and awe that captured the photographer’s eye. Her photography instils a sense of contemplation upon the viewer. Emmy’s work has featured in a number of publications and she is working on increasing her exposure by means of more exhibitions etc.